Trial and appeal lawyer, Nathan Gorham focuses his practice on the defence of murder trials (first-degree murder, second-degree murder, or manslaughter). His successes often attract national news coverage. In one recent second-degree murder trial, the National Post reported that his cross-examinations were “devastating”. Nathan also teaches the defence of homicide at the University of New Brunswick, Faculty of Law, drawing on his skill and experience defending these types of cases. His writing on murder related principles has been published in academic journals as well as national newspapers. And he often provides expert analysis for national news media on murder cases and murder related topics. 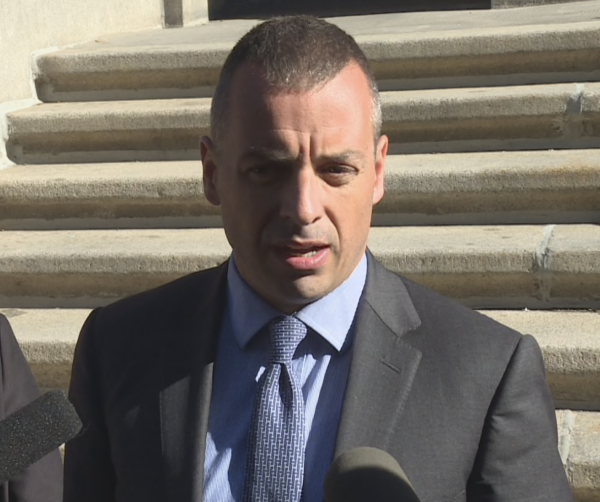 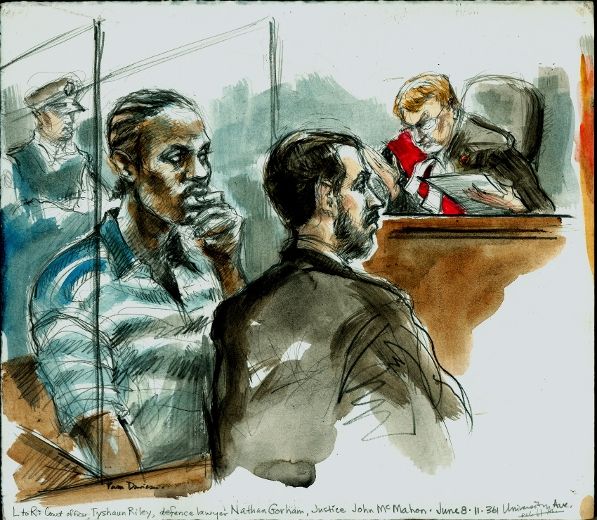 Nathan Gorham regularly defends First-Degree Murder, Second-Degree Murder, and Manslaughter trials. Visit the links below to learn about some of his recent successes. Keep in mind that past success does not guarantee future results. This is because the result depends on the evidence of the case. Even so, the best Toronto murder lawyers have the skill to undermine the prosecution’s evidence and to uncover and present favourable defence evidence.

Evidence: The defendant in this case was charged with four counts of first-degree murder, in an apparent random shooting. Police investigation revealed evidence that suggested the defendant suffered from delusions. The defence applied for a trial concerning the defendant’s fitness, which refers to the a person’s capacity to fairly participate in the defence. Two doctors offered evidence, one defence and one prosecution doctor. Both doctors agree that the defendant suffered from very serious delusions that undermined his ability to instruct his lawyer.

Not guilty of second degree murder (2019)

Facts: the defendant was charged with second degree murder following a stabbing in a rooming house. The prosecution tendered evidence from the deceased’s friends, who testified that the defendant often attacked and threatened people in the rooming house with knives. The defence was able to undermine their evidence through cross-examination and argued that the defendant was acting in lawful self-defence. Mr. Gorham also contended that the police investigation was inadequate. He presented evidence tying the deceased to a knife that was found near to the scene of the stabbing–evidence that the police investigation had failed to identify.

Result: the jury found the defendant “not guilty” of second-degree murder.

Charge: The defendant in this case was charged with Dangerous Driving Causing death, an offence that is similar to manslaughter and often carries similar penalties.

Facts: the prosecution alleged that the defendant chased the deceased in his truck over the course of 20 kilometres through back roads. According to its theory, the chase terrified the victim, who lost control of her car and crashed, causing her death. The prosecution relied on principally of two witnesses who claimed that the accused was chasing the deceased at high speeds (approximately 150km/hr) and only a few car lengths behind. The defendant always maintained his factual innocence. He denied that he chased the deceased or drove at the excess speeds alleged by the prosecution.

Result: the jury found the accused “not guilty”.

Charge: The defendant in this case was convicted of second-degree murder.

Evidence: the prosecution alleged that the defendant planned a drug robbery and then drove two of his friends to the location of the robbery. When the deceased attempted to flee, according to the prosecution, the defendant shot him in the heart, killing him instantly. The defendant maintained that he was not part of the robbery, much less the shooting. He testified that he was actually a long distance away, in another part of the city; although, he admitted that he allowed the perpetrators to use his car.

Result: The Ontario Court of Appeal allowed the appeal and ordered a new trial. The defendant was subsequently found “not guilty” of second degree after he plead “not contest” to manslaughter, acknowledging his responsibility for loaning the car to the perpetrators.

Evidence: the prosecution alleged that the defendant punched his wife in the head, causing an internal head injury that eventually led to her death. The defendant took the position that he did not commit murder. Following the preliminary inquiry, the defendant was discharged of second-degree murder. He subsequently pleaded guilty to aggravated assault and received probation.

Not guilty of second degree murder (2017)

The defendant was charged with second-degree murder for his role in the death of a two year old child. The prosecution alleged that he punched the child in the stomach, causing internal injuries. It relied on the evidence of the child’s mother, a well regarding forensic psychiatrist, and a jail house informant. Mr. Gorham was able to undermine the evidence of each of these witnesses. During the trial, the prosecution agreed to accept a plea to manslaughter and the second-degree charge was dismissed.

WHAT IS THE PENALTY OF MURDER?

The sentence for Murder is life in prison.  Many people mistakenly believe that life means 25 years.  Actually, “life” means “life”.  Someone convicted of Second Degree Murder is eligible for parole after 10 and 25 years.  In the case of First Degree Murder parole eligibility is after 25 years.  The maximum sentence for Manslaughter is life in prison but there is no mandatory minimum sentence.  The same holds true for Attempted Murder.

WHAT DOES SECOND DEGREE MURDER MEAN?

Culpable murder occurs when a person causes the death of a human being when they either meant to cause the death, OR where they meant to cause bodily harm that they knew was likely to cause death and were reckless to whether or not death would occur.  In that case the person is guilty of at least Second Degree Murder (see the definition of First Degree Murder below).

WHAT DOES FIRST DEGREE MURDER MEAN?

A murder is first degree murder where it is planned and deliberate, a contracted murder, a murder of a police officer, a murder during hijacking, sexual assault or kidnapping, criminal harassment, terrorist activity or while using explosives in association with a criminal organization.  All murder that is not First Degree Murder is Second Degree Murder.

Attempted Murder occurs where a person commits an act that constitutes and “attempt” in law, and where the person intents to cause death (murder).  “Attempt” in law means an act or omission that goes beyond mere preparation.  The mental component for Attempted Murder is actually higher than Second Degree Murder.  The Crown must prove that the defendant actually intended to cause death.  Recklessness as to whether death will ensue is not enough to establish Attempted murder, unlike Second Degree Murder.

There are also several defences or excuses for First Degree Murder, Second Degree Murder, Attempted murder, and Manslaughter.  They include: self defence, defence of another person, duress, necessity, mental disorder, provocation, entrapment, and non-insane automatism.