A lawyer’s track record reflects their experience, ability, skill, but it does not necessarily guarantee future success.

Read more to learn about serious criminal cases that Mr. Gorham and Ms. Vandebeek have litigated and won. 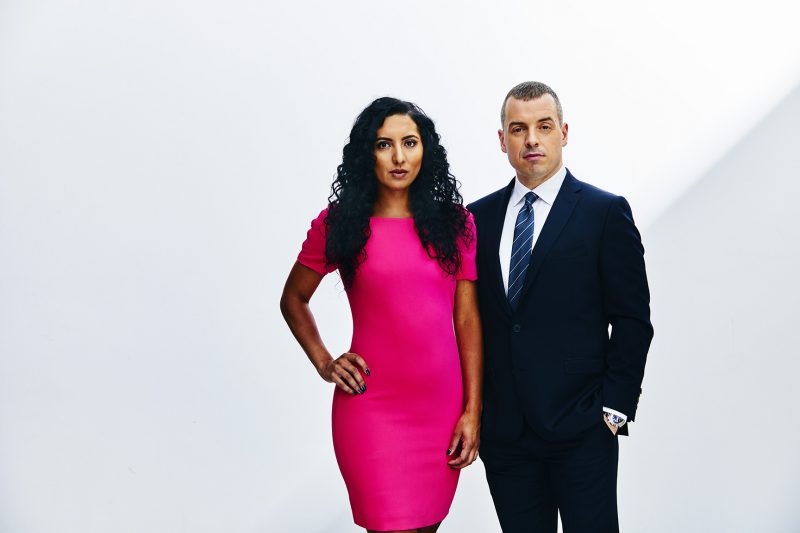 Ms. Vandebeek represented a client charged and convicted of fraud over $5000.  She was sentenced to 9 months in prison. Ms. Vandebeek appealed this client’s sentence, arguing that the trial judge erred by imposing the sentence of imprisonment.  The Ontario Court of Appeal allowed the appeal and reduced the client’s sentence to 90 days on the weekends.

Mr. Gorham and Ms. Vandebeek represented this client on a charge of second degree murder before a jury at the Toronto Superior Court of Justice.  He was charged with stabbing another man in the neck during fight in a rooming house. He asserted his innocence, and the defence at trial was self-defence. Mr. Gorham and Ms. Vandebeek worked hard at trial to demonstrate that the deceased attacked their client with a knife. After a five week trial, the jury returned a verdict of “not guilty” of second degree murder.

The defendant in this case was charged with three counts of sexual assault after the complainant alleged that he groped her, tried hold her down and force sexual intercourse, and, on a third occasion, had sexual intercourse with her while she slept. The defendant maintained that he was wrongfully accused of this offence.  He testified at trial that the complainant made sexual advances toward him that he rebuffed. Following cross-examination at trial, the trial judge found that the complainant’s evidence was not credible, and he found the defendant “not guilty” of sexual assault.

“Not guilty” of MURDER but guilty of manslaughter in a Brampton, Ontario case (November 2018).

In this case, the defendant was charged with second degree murder as a result of a shooting in movie theatre parking lot.  The prosecution alleged that the defendant shot the victim in the chest while trying to steal drugs from him. It relied on evidence of a witness who identified the defendant as the shooter as well as after the fact conduct, such as the defendant jumping from balcony to balcony in a high rise building to escape the police.  The defendant maintained that he was not at the place of the shooting, but acknowledged that he loaned the perpetrators his car so that they could commit the robbery.  After negotiation with the prosecution, the defendant pleaded “not guilty” to Murder but guilty to the lesser included offence of Manslaughter.  The Murder charge was dismissed and he received “time served” on the Manslaughter charge.

“Not guilty” of MURDER but guilty of manslaughter in a downtown Toronto case (November 2018).

The defendant in this case was charged with murder in the death of his wife.  The prosecution alleged that he beat his wife while she was in a weakened physical state due to chronic illness. The defendant maintained that he did not intend to kill his wife and he did not intend to cause her serious bodily harm that he knew was likely to cause her death.  In support of its murder case, the prosecution relied heavily on a forensic pathologist, who testified that the deceased had many injuries caused of a long period of time.  Thus, the prosecution argued that the defendant chronically abused his wife, which led to her eventual death. At the preliminary inquiry, the defence was able to undermine many aspects of the witness’s evidence. Prior to trial, the prosecution agreed to accept a not guilty plea to murder but guilty to the lesser included offence of manslaughter.

The appellant in his case was initially convicted of nine counts of drug trafficking related offences concerning multiple kilogram trafficking of cocaine, crystal methamphetamine, and hashish.  His trial was held in Moncton, New Brunswick, and he was was not represented by a lawyer at trial.  Following the three week trial, the jury convicted him on all offences.  On appeal, Mr. Gorham argued that there were several unfair events at trial.  The New Brunswick Court of Appeal allowed the appeal because the officer-in-charge testified concerning inadmissible evidence concerning the background of the police investigation.

The defendant in this case was charged with participating in a home invasion robbery where the victim was hit in the head with a baseball.  If convicted, he would have faced many years imprisonment in the penitentiary.  The prosecution’s case rested on the evidence of one of the people who actually participated in the robbery.  He testified for the prosecution that the defendant was involved in planning and executing the robbery.  During cross-examination at trial, before a judge in the Fredericton Court of Queen’s Bench, Mr. Gorham was able to undermine the credibility of the prosecution’s central witness.  The defendant testified that he was not involved in the robbery.  The trial judge ruled that the prosecution had failed to prove its case.  Consequently, she found the defendant “not guilty” of robbery and wearing a mask with intent to commit an indictable offence.

The appellant in this case had been convicted of second degree murder in connection with a botched robbery attempt.  Following his conviction in the Brampton Superior Court of Justice, the trial judge imposed a life sentence for murder without eligibility for parole for at least 16 years.  Mr. Gorham and Ms. Vandebeek argued before the Ontario Court of Appeal that the trial judge had improperly admitted expert evidence and misdirected the jury regarding eye-witness evidence.  The Ontario Court of Appeal allowed the appeal and ordered a new trial.  Eventually, the defendant was found “not guilty” of murder but guilty of the lesser included offence of manslaughter and received a sentence of “time served”.