Toronto appeal lawyers, Nathan Gorham and Breana Vandebeek, regularly litigate and win complex criminal appeals. They have successfully appealed convictions for murder, drug trafficking, drug possession and trafficking, sexual assault, firearms offences. As university professors, book authors, expert media commentators, they possess the legal knowledge and the experience to determine the best strategy for a winning appeal. Whether you are appealing against a conviction or sentence or you are responding to a crown appeal, the appeal lawyers at Gorham Vandebeek can assist. 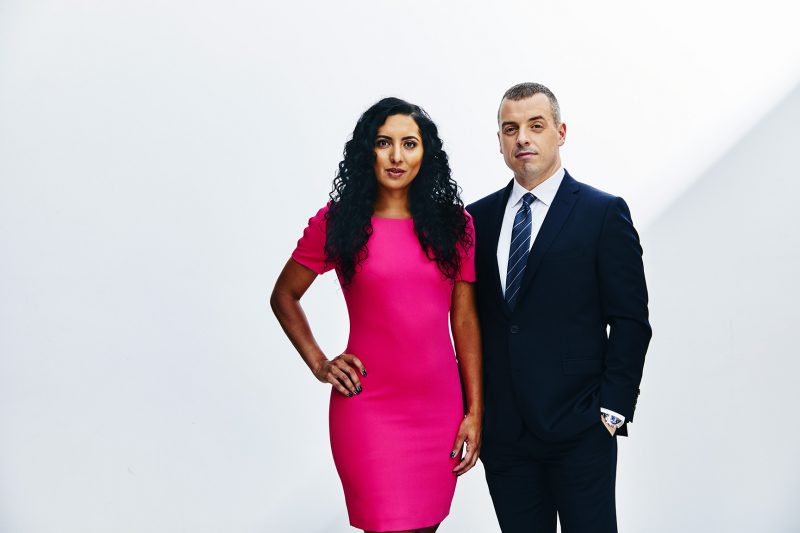 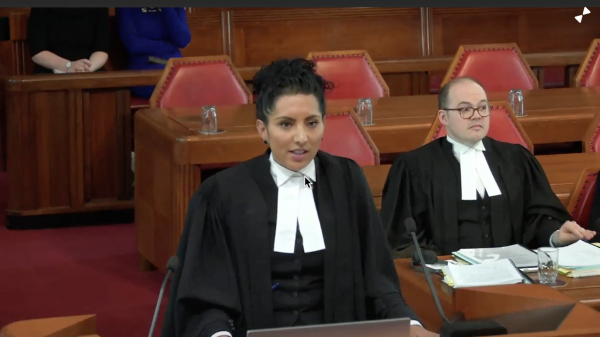 The best appeal lawyers in Ontario possess the skill, knowledge, and experience to win appeals involving murder, manslaughter, sexual assault, as well as drug and firearm related offences. The appeal lawyers at Gorham Vandebeek regularly succeed on these types of difficult cases.* Visit the links to below to learn more about their recent successes on appeal.

Mr. Gorham and Ms. Vandebeek represented a client convicted of second degree murder for his role in the shooting of a drug dealer. In September 2018, the Ontario Court of Appeal ordered a new trial for this client. In November 2018, Mr. Gorham and Ms. Vandebeek negotiated a settlement that allowed their client to plead not guilty to second degree murder but guilty to manslaughter on the basis that he loaned a car to the actual shooter. Their client was found not guilty of murder and received one day in custody (time served) for manslaughter.

Ms. Vandebeek acted, along with co-counsel from outside of the firm, for this client convicted of second degree murder following a shooting outside of a nightclub.  In February 2019, the Ontario Court of Appeal ordered a new trial.

Mr. Gorham represented a client who was convicted a trial of sexual assault and sentenced to 1 year in custody. Mr. Gorham obtained bail pending appeal for this client and, later, argued that the trial judge misapprehended the evidence. In January 2019, the Summary Conviction Appeal court allowed the appeal and ordered a new trial. In early April 2019, the prosecution agreed not to re-prosecute the case.

Fentanyl trafficking charges overturned by the Ontario Court of Appeal

Ms. Vandebeek represented a client who had been convicted of possessing fentanyl for the purpose of trafficking and sentenced to 6 year in custody.  On appeal, she argued that the trial judge had misdirected the jury and the prosecutor had made improper remarks during the closing address.  In December 2018, the Ontario Court of Appeal allowed the appeal and ordered a new trial.

In R v Boudreault (2018) Ms. Vandebeek represented the Criminal Lawyers Association on  a constitutional challenge to the victim fine surcharge legislation.  In late 2018, the Supreme Court of Canada struck down the legislation.

Mr. Gorham represented a client who was convicted of trafficking multiple kilograms of cocaine and crystal methamphetamine and sentenced to six years in jail at trial.  On appeal, Mr. Gorham argued that the trial judge improperly admitted hearsay evidence.  In November 2018, the New Brunswick Court of Appeal allowed the appeal and ordered a new trial.

Ms. Vandebeek represented a client on appeal who had been sentenced to nine months in custody.  Ms. Vandebeek argued that the trial judge overemphasized general deterrence as a principle of sentencing.  In April 2019, the Ontario Court of Appeal allowed the appeal and varied the sentence to 90 days to be served on weekends.

Winning appeal strategies require knowledge of the law. This is because appeals are not like trials. Appeals are decided based on whether legal errors occurred at the trial. As a result, the best appeal lawyers are legal experts. The lawyers at Gorham Vandebeek are also university professors, who regularly speak at professional and academic conferences and frequently provide expert analysis for national news media.

What are the grounds for appealing a conviction?

A person who has been convicted of a crime can appeal for one of three reasons.  1) The first is where the verdict is unreasonable.  Under Canadian law, an appellate court may allow the appeal and order an acquittal where the verdict is not reasonable. That means where the appeal court concludes that no properly instructed jury, acting reasonably, could convict. 2) The second reason for appellate intervention occurs where the trial judge made an error in law. To succeed on this type of appeal, the appellant must prove that the trial judge improperly admitted evidence, made an error in principle, or misdirected the jury.  3) The final basis of appellate intervention is where a miscarriage of justice occurred at trial. This may include actions of the judge, the Crown, or witnesses that undermined fairness. These reasons for appealing can be nuanced and complex.  The best appeal lawyers in Ontario understand these grounds and know how to engage them successfully on appeal.

What are the grounds for appealing a sentence?

A person who has been convicted of a crime sentenced can appeal for two reasons under Canadian law.  1) The first reason is if the sentence judge made an error in principle in his or reasons for sentence.  An error justifying intervention on appeal may include overemphasizing a relevant factor on sentence or applying an incorrect principle of law. These types of errors prompt an appellant court to intervene only where the error impacted the sentence.  In other words, harmless or immaterial errors will not lead to a success appeal against sentence.  2) The second reason for a sentence appeal is where the trial judge imposed a sentence that is demonstrably unfit. This means a sentence that is disproportionate to the gravity of the crime and the moral culpability of the offender.  Under Canadian law, an appeal court must not intervene simply because it would have imposed a different sentence.  It may only allow the appeal where there was an error that impacted or sentence or the sentence was demonstrably unfit.

How long do I have to appeal?

The answer to this question depends on what court you are appealing to.  For appeals from summary conviction offences, an appellate will appeal to the Summary Conviction Appeal Court.  He or she will have 30 days following sentencing to launch the appeal.  For appeals from indictable offences, the appeal lies with the Ontario Court of Appeal. In that case, the appellate will also have 30 days from sentencing to file his or her notice of appeal.  To appeal to the Supreme Court of Canada, the appellant must first apply for leave to appeal.  He or she has 60 days from the Court of Appeal’s decision from which to apply for leave to appeal to the Supreme Court.

How do I appeal a conviction or a sentence?

Appeals in Ontario are not like trials.  In trials, witnesses testify and are cross-examined. On appeals, the Ontario Court of Appeal decides whether to grant or deny the appeal based on the written record (transcripts) from trial as well as the arguments of the lawyers.  For this reason, appeals are very different than trials.  The appeal process begins when the person appealing files a notice of appeal and orders the transcripts from trial.  Once the transcripts are prepared, the appellant files the transcripts with the appeal court. From there, his or her lawyer reviews the transcripts and writes a factum–written argument as to why the appeal should be allowed.  Once the factum is filed with the court as well as the exhibits from trial, the appeal is considered “perfected” and a hearing date is set.  At the hearing, both lawyers are given time to make their argument to the Ontario Court of Appeal. At times, the court dismisses the appeal from the bench, meaning it does not take time to consider its decision. Other times, it allows the appeal from the bench, or reserves its judgment, which means that it takes time to consider and decide the case.